Why did some plants survive better than others?

Plants adapted to colonizing disturbed areas were favored. Areas where timber had been harvested prior to the eruption were covered with well-adapted “weedy” species. The clearcuts were a major place for plant survival and an important source of the seed for colonizing species. 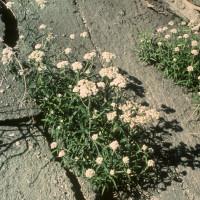 Vigorous, weedy plants sprouted from cracks in the ash and soil exposed in erosion gullies 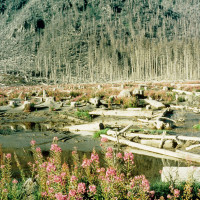 Fireweed sprouts from a clearcut in the blast zone.

Areas clearcut before the eruption provided a tremendous seed source for recolonization of the blast zone. Fall visitors to the Monument encounter millions of cotton-covered seeds drifting on the wind. At times the seeds are so numerous it appears to be snowing. As the drifting seeds took hold, the blast zone was gradually colonized by well-adapted “weedy” plant species adapted to life in the open blast zone. 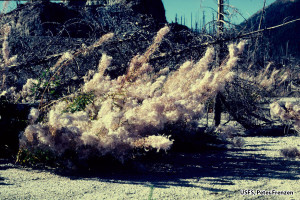 Fireweed produces thousands of light cotton-covered seed that are dispersed by the wind.

Plants adapted to life in the cool, dark forest understory gradually succumbed to harsh conditions in the open blast zone. “Weedy” plant species such as fireweed and pearly everlasting are favored because of their dispersal capabilities and tolerance of environmental extremes.

Plant life in the blown down forest was initially dominated by forest understory plants that survived in protected pockets. 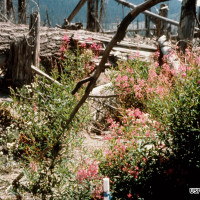 A repeat photograph of the same location shows colonization of the blast zone by fireweed and other adapted species.