How were lakes affected by the eruption?

Prior to the eruption, Spirit Lake and other lakes were typical cold, clear mountain lakes (low nutrients, productivity and temperature with high clarity). The removal and virtual vaporization of forest vegetation by the blast caused great changes in the physical and chemical structure of lakes within the blast zone. Tremendous quantities of useable ammonium, carbon and other energy sources (sulfur, iron and manganese) were leached into the lakes as rainwater percolated through the shattered forest and ash deposits.

Lakes such as Spirit, Coldwater and Castle Lakes that were closer to the volcano were much more heavily impacted. The levels of organic and inorganic nutrients that leached into the lakes were much higher where deposits were thicker and blast intensities (shredding and scorching of forest vegetation) were greater. The water in Spirit Lake was completely displaced by the avalanche and heated to body temperature. 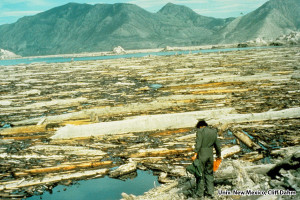 Blast felled trees were swept into Spirit Lake as water displaced by the landslide receded.

Widespread oxygen depletion occurred as bacterial populations responded to increased nutrient levels. Within the first year after the eruption the biological system was transformed from oxygen based system to one dominated by anaerobic heterotrophs (methanogens that obtain their energy from either hydrogen or acetate).

Anoxic conditions persisted for a relatively short period of time. Within five years after the eruption the lakes had mostly returned to normal as wind and seasonal turnover stirred oxygen into the water column and available nutrients were depleted as dead microbes and fine sediments settled to the bottom of the lakes. 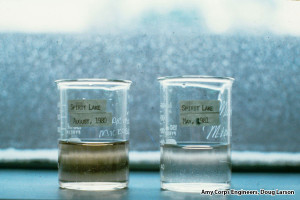 In high mountain lakes north of the volcano fish survived under ice cover and in a lens of fresh water on the lake surface. In lakes that were not ice-covered fish perished as microbial activity in the excessively nutrient rich waters tied up all the available oxygen. 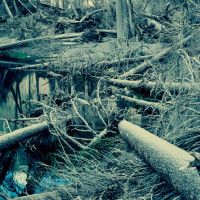 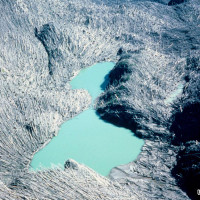