Were any trees replanted after the eruption?

Probably the biggest single factor aiding the re-establishment of forest in areas around Mount St. Helens has been reforestation that has been conducted on timberlands around the volcano. The Forest Service salvaged 200 million board feet of blown down and standing dead timber from 10,000 acres. To date nearly ten million trees have been planted to reforest more than 14,000 acres of National Forest land. The survival of planted trees exceeded 70 percent because forest managers used the best planting techniques and planting stock available. Many plantations have already been commercially thinned. 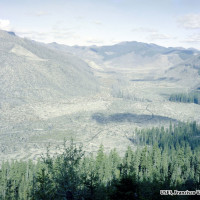 This 1981 photograph shows what managed timberlands in the blast zone looked like after the eruption. 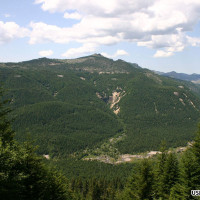 The same view shows forests resulting from more than four million trees replanted by the Forest Service after the eruption (2009 photo).